This week in our portfolios: SGA, KNI, BPM

We’re gonna say it - battery materials are back.

After a rough couple of months, it’s been a very eventful 72 hours around the world for the battery materials and electric vehicles investing thematic.

On Thursday, Tesla surprised the market by beating revenue expectations and forecasting 50% sales growth for the coming year, triggering a run on battery materials stocks.

Just a few hours ago, Volkswagen fired its CEO for slow progress on its electric vehicle push, assuring its investors it will accelerate its move to electric.

All underlined by a statement last week from US Energy Secretary Jennifer Granholm saying the US will back miners to stop China's “weaponisation” of battery materials.

The perfect backdrop for our latest Investment.

Graphite makes up 28% of an EV lithium ion battery by weight.

It comprises 95% of a battery’s anode and cannot be substituted.

As such, graphite demand is expected to be five times greater than current levels by 2050.

Such is its importance - graphite is on the strategic critical mineral list of the US, European Union, Japan, India and Australia. 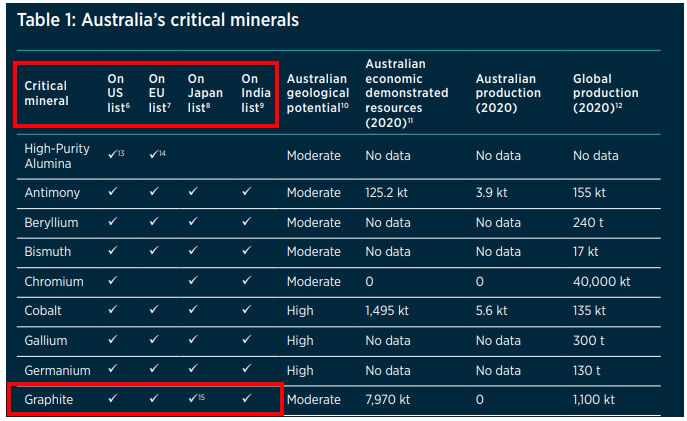 SGA owns 100% of a giant graphite resource in central Kazakhstan.

As long term holders, our big bet is that we want to see SGA develop its giant graphite resource, which we believe has the potential to catch the interest of major miners and become a world-class graphite mining operation.

Here is our SGA Investment Memo - including why we Invested, the risks and our Investment plan.

We believe it will be a 10+ year thematic.

After a huge run in 2020 and 2021, it appears we have just lived through a short term blip on the long term battery materials journey (we hope... anything can happen in the current markets).

Global markets fell hard in May and June, with battery materials stocks falling harder than most after meteoric rises over the last two years.

It never was going to go up in a straight line forever, and we see this pullback after an extreme run as healthy.

The 2018 battery materials run was primarily early excitement for the sector, well before all the major car companies were scrambling to secure supply and making real investments in electrification.

Here’s how our battery materials Investments have fared over the past couple of months.

With a bit of help from a slowly rebounding market, we think Tesla’s results, combined with the Ford deals and the US government’s public position, were enough to move the needle on the following six of our battery materials companies from their June lows.

Below are the share price changes between 23 June - 23 July close):

This is encouraging to see after we vowed not to do any selling while the market was in “peak fear” back in June - long term investing in small cap stocks can be a white knuckle ride.

Granted, these stocks had been savagely sold off in the lead up to the new financial year, with tax loss selling, inflation, growth fears and war all playing a role.

And you can see just how bad the selling got in six of our portfolio companies between early June and the mid-June lows, with the bounce playing out through to the close of markets this Friday: A complete list of our battery materials Investments is available on our Portfolio page.

And because of the factors covered today, and we’re going out on a limb here, but we’re going to say it anyway:

Is this the battery materials bottom? 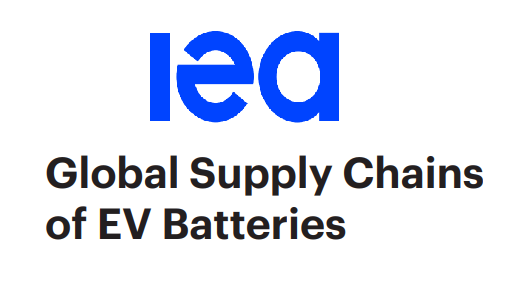 TG1: Company presentation - Three drilling programs back to back

On Friday, we announced the latest addition to the Next Investors Portfolio, Sarytogan Graphite Ltd (ASX: SGA).

SGA began trading on the ASX on Monday, having raised $8.65M during its IPO. We participated in the IPO after having earlier invested during pre IPO seed raises.

As long term holders, our big bet is that we want to see SGA develop its giant graphite resource, which we believe has the potential to catch the interest of major miners and become a world-class graphite mining operation.

📰 Read our full Note: Our Latest Investment is...

Interestingly KNI hit visible cobalt in seven of the eight holes drilled at its highest priority target, where historical drilling had completely missed the geophysical target.

KNI also hit visible cobalt mineralisation 280m along strike to the north of the high priority target in another drillhole which could signal an increase in the potential strike zone.

KNI has now defined a mineralised zone open to depth and along strike to the north.

We now await assay results, which are due in late September, at which point we should have a better grip on whether KNI has made an economic cobalt discovery.

Our micro cap exploration investment BPM Minerals (ASX:BPM), has completed its first ever drilling program at its lead-zinc project, 40km northwest along strike from Rumble Resources’ lead-zinc discovery in WA.

This was within the same rock formations (Frere/Yelma) and around the same depths where Rumble first made its discovery in April 2021.

Rumble’s initial discovery intercept was from a depth of only 62m, while BPM’s intercepts all sit within depths of 40m-100m.

We also noted that BPM fell short of the 7,500m of drilling it had initially planned, which marks a shift in exploration strategy - but we don't mind seeing this.

The decision to stop drilling early was not because BPM didn't hit anything of interest.

BPM’s smaller drilling run will give it time to work out what it has found and maintain cash reserves to drill again armed with more information.

With current market sentiment for cash burning explorers low and capital harder to come by, by taking this approach, BPM can preserve capital and drill only the BEST targets based on a better understanding of its project.

As soon as the assays from this first round of drilling come in, the company plans to put together a set of key target areas and re-enter the project.

What are we Investing in?

Pick of the Year. New One Coming Soon