Since our last update on 10 July, EXR has more than doubled and the stock is up 600% since March.

A flood of investors have poured into this stock in recent weeks, as the story breaks out to the wider investment community.

It’s a story we’ve been covering for some time and we remain long term holders, impressed by EXR’s asset potential and its management team.

Importantly, the newsflow doesn’t look to be slowing down.

This second year exploration campaign looks to be rivalling its first, the highlight of which was a gas discovery — the first ever in Mongolia — at the Nomgon-1 well back in February.

EXR will remain highly active in the field right through to the end of 2020 and is fully funded for this work.

The follow up Nomgon-2 appraisal well, which spudded on 10 July, has now reached total depth of 550 metres.

Logging has confirmed 91 meters of net coal, including 51 net meters in the main seam.

Importantly, these results indicate an exceptionally thick coal seam that stretches the one kilometre distance between the two wells (Nomgon-1 and Nomgon-2) — and suggests a broader areal extent.

s cores taken from the well is currently being measured in an on-site laboratory and preliminary results to date are consistent with the Nomgon-1 discovery well.

Others results from Nomgon-2, such as from down-hole permeability tests that have recently been run, will also be released in the short term.

These results will feed into the contingent resource assessment and they set a solid foundation for the ongoing appraisal work in the Nomgon sub-basin.

The next phase of the appraisal program in the Nomgon sub-basin will comprise the drilling of further step-out appraisal wells.

The gigantic licence area is likely to host numerous coal bearing sub-basins that are prospective for coal seam gas.

Consistent with EXR’s prospective resource estimates, new potentially CSG bearing targets have been identified in various locations across the PSC. A number of these will be drilled immediately after the current appraisal program.

The project’s scale, its proximity to a gas hungry China, plus EXR’s exploration results to date and its 100% ownership, suggests that EXR has what it takes to attract a high quality farm out partner and /or acquirer in the future.

But EXR must first continue to prove up the resource potential and value of its ground with a planned contingent resource booking and the opening up of new sub-basins.

EXR’s aim to de-risk the resource via the upcoming work program, increase its value and enhance potential farm out options.

For all of these reasons, EXR remains a fixture in our long term portfolio along with other recent strong performers that have each gained from 200% to 600% since their March lows.

Like the above, EXR has been a standout performer in the ASX small cap space. It has quadrupled over the past two months, as investors piled in ahead of these latest appraisal well results.

At that time, EXR had just completed a heavily oversubscribed capital raising that will support the current exploration campaign through to the year end.

Now well into the second year of exploration, with an intensive fully funded work program planned through to the end of 2020, EXR is well underway in further proving up the potential in the PSC block. Yet the vast size of the landholding — at 30,000km2 — means there remains plenty of exploration potential ahead.

This work will ultimately help in attracting high quality partners who can help bring a very large potential resource into production.

All the latest from... 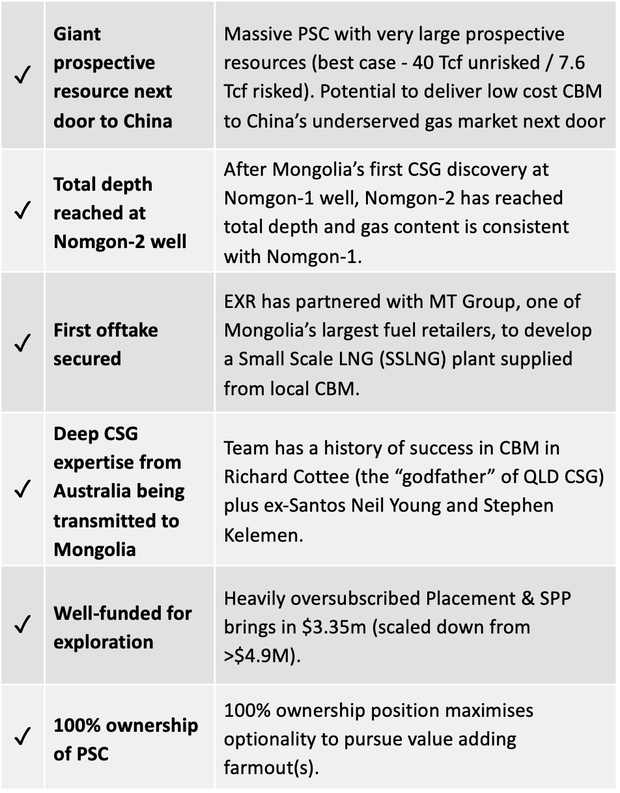 Elixir Energy has a 100% interest in the Nomgon IX CBM PSC, located proximate to the Chinese border in Mongolia’s South Gobi region.

The 30,000 km2 PSC was entered into with the Mongolian Government in September 2018 and has a minimum ten year exploration period and an extendable thirty year production period.

In July, a new round of appraisal and exploration work commenced in the licence area with:

- The spudding of the Nomgon-2 appraisal core-hole well

We have been in frequent contact with Neil Young since joining the share register and are confident with the program’s progress to date Neil has reassured us that EXR is “exceptionally well placed to get on with business as usual during these highly unusual times”.

He credits the combination of a long-standing local team in Mongolia, locally based expert expats and in-country sub-contractors that the company has worked with before, as well as a successful trial of on-line supervision of well testing in allowed EXR to be able to commence its year two appraisal and exploration program. 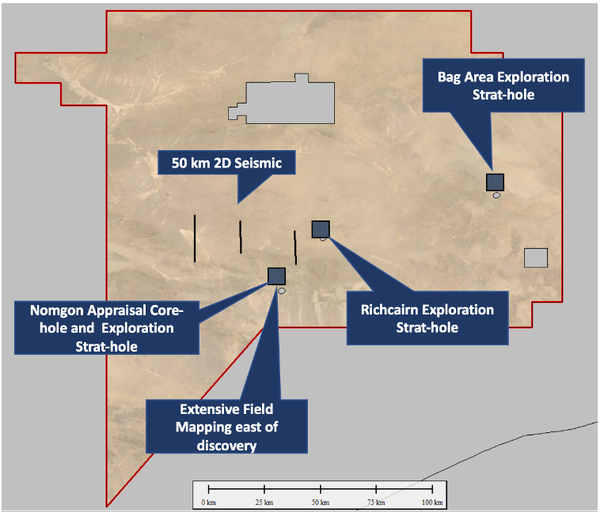 Elixir has reached total depth of the Nomgon-2 well, calling it at a depth of 550 meters.

Logs have been run and measured 91 meters of net coal in the well and the main coal seam, “100 series”, was measured as 51 net meters. These measurements are vertical intersections along hole, on the southern limb of the Nomgon syncline.

Gas content from numerous cores taken from the well is now being measured in an on-site laboratory.

However, the preliminary results to date are consistent with the Nomgon-1 well. This is a hugely positive finding as Nomgon-1 was announced in February as Mongolia’s first coal seam gas discovery.

The “raw” gas content numbers for the Nomgon-2 well will be announced in the weeks to come.

The final “dry ash free” (DAF) figures, and the results of adsorption analysis, will follow thereafter, as the current logistics of cross border laboratory tests allow. 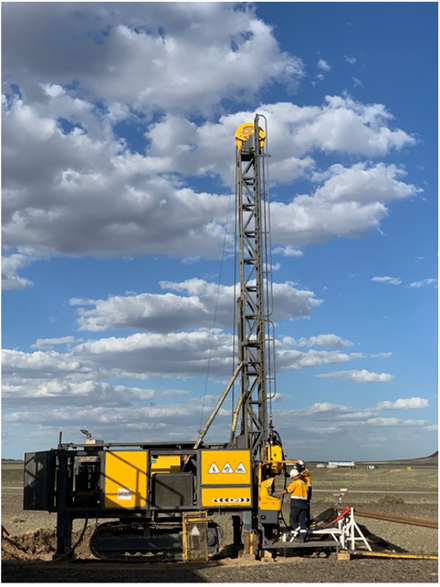 Down-hole permeability testing has also been undertaken using an “injectivity fall off test” (IFOT) process, as was used at Nomgon-1.

Six separate tests have been successfully run so far, with a combination of the EXR’s Mongolian sub-contractors, on-site expat supervision, and on-line oversight from Australia delivering a highly effective process.

Results from these will also be announced in the weeks to come.

The next phase of Elixir’s appraisal program in the Nomgon sub-basin will comprise the drilling of further step-out appraisal wells.

The first well will test the northern limb of the Nomgon syncline.

These wells will be low cost stratigraphic wells with various objectives and with various risk profiles. The results from these will be progressively reported over in the following weeks and months.

After the appraisal wells, the company will move to new potential CBM hosting sub-basins in the PSC to drill stratigraphic exploration wells.

The well locations will be determined after the current 2D seismic program is complete and will incorporate the findings of the 2019 seismic program as well as more recent field work.

“We are very pleased with the results to date of the Nomgon-2 appraisal well, which has a thicker overall coal tally even than the exceptionally thick coals at Nomgon-1, and has added materially to the confirmed areal extent of the Nomgon-1 discovery.

“It is therefore an important well in terms of adding to our contingent resource asset base and setting a great foundation for the ongoing appraisal work in the Nomgon sub-basin.” 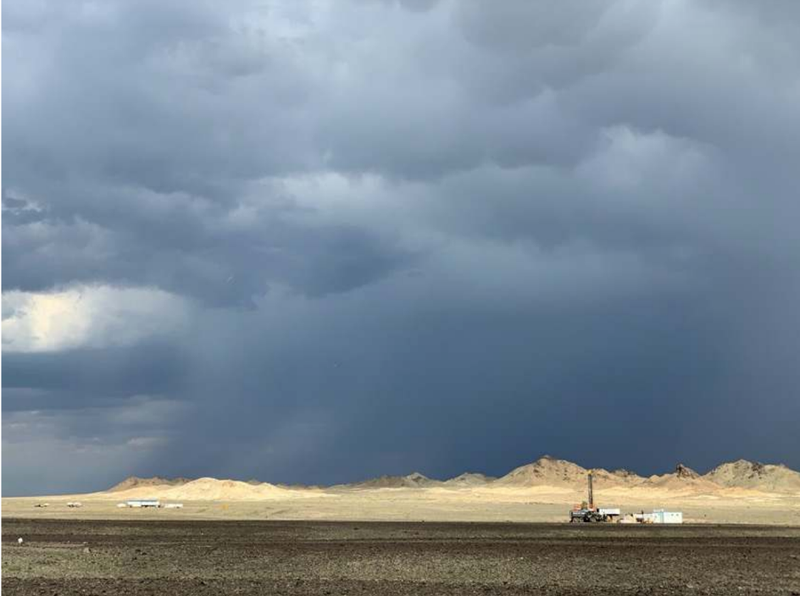 On 15 July, the company reported that the seismic acquisition program had made excellent progress and was 46% complete, with 49 kilometres of the total planned 106 kilometres now having been acquired.

The company’s seismic contractor commenced the acquisition of 2D seismic on 30 June, in the North-West part of the licence area. The total 106km acquisition program will be completed by early August and subsequent processing will then take another month. 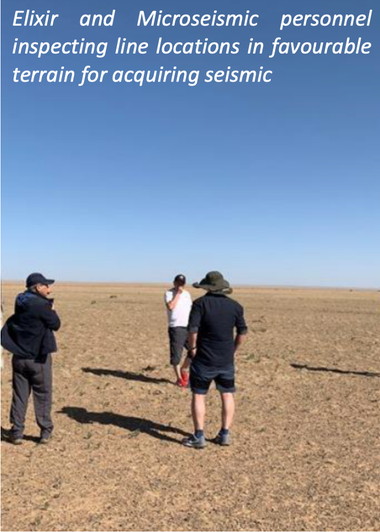 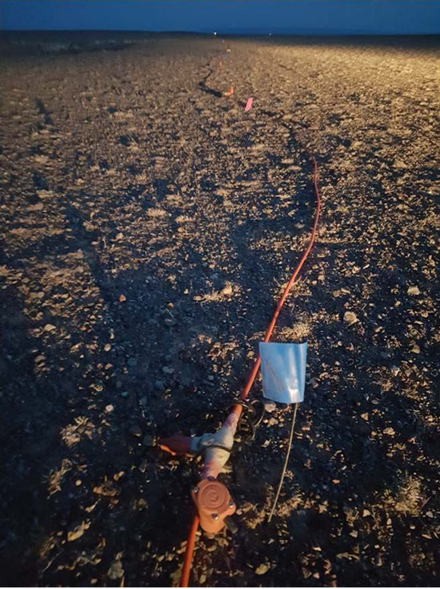 This second-year work program at the Nomgon IX PSC, also involves further appraisal of the Nomgon-1 CSG discovery in order to provide data for a contingent resource booking in the Nomgon sub-basin, which is targeted for the year’s end.

While gas content results can be hard to compare as reporting is often poorly done and is quite inconsistent, the results reported by EXR seem to compare very well with CSG projects globally, including to a number of recognisable names in Australia.

The presence of fully gas saturated coals also sets it apart from many other players in the industry. For instance, the Galilee and Cooper Basins in Australia — home to blue-chip energy players —commonly have reading of between 60% and 70% gas saturation.

There is a complex interaction between the multiple different factors that characterize a coal seam gas play, but the potentially very positive consequences of

Full gas saturation for a coal seam gas play has multiple potential advantages. For one, the pilot production design could be substantially simpler and cheaper. Presuming a successful appraisal campaign in 2020, Elixir will aim to conduct a pilot production test in 2021.

The company’s target of booking an independent contingent resource by the year end will greatly enhance its farm-out options. And with results such those announced today, all looks to be heading in the right direction.

Analysis is underway and plenty of newsflow remains as the company continues to attract market attention and from potential partners down the track.

EXR secured an initial early stage offtake project in June via a MoU with MT Group, one of Mongolia’s largest fuel retailers, to investigate the provision of gas to fuel the very large coal trucking fleet that operates in Elixir’s licence area.

The announcement of the partnership has led to numerous companies, including global multinationals, cold-calling Elixir to see if they can assist in this potential small-scale LNG project.

EXR explained that the very high level of interest was initially somewhat unexpected by the company, but they see it as a welcome consequence of its rare ability to get on with new work during the time of the virus.

For us, what initially attracted us to the company was the exceptional potential of its prospective CSG assets and its proximity to the fast-growing Chinese gas market.

Yet after many discussions with company management, in particular managing director Neil Young, we are just as impressed with the team’s perseverance and ability to get the job done.

This was demonstrated through the (ongoing) COVID-19 pandemic with the company seemingly not slowing down. At the very least the upward share price trajectory continued, with the stock quickly recovering from the wider market sell off in March, gaining 600% since then.

Capitalising on the opportunity ahead we have doubled our shareholding and now, as exploration progresses, we stand by our view on EXR, which remains a core holding in our investment portfolio.