The need for significant investment in rare earths, other critical materials

A few investors got hot and bothered this week about a Goldman Sachs report saying lithium's epic run may be coming to an end.

Lithium stocks fell on the day of the report and then bounced back over the next few days (we held all of our positions).

Also, our latest 10 bagger GAL dropped after excitement from their major Palladium-Platinum discovery cooled a bit... but then came right back up as expectations of GAL’s current drilling into the “main target zone” started creeping in.

We are also keenly waiting this weekend for our high risk Investment in PRM & GLV to hit target depth in drilling one of the biggest gas targets drilled by an ASX micro cap in recent decades.

We expect to be either smiling or crying after we find out the binary result as early as Monday.

Even if you aren’t invested in or following PRM and GLV, put them on your watch list for this week as we expect quite a show - the share price should move aggressively up OR down depending on the result.

Or it might not. We already got it wrong when we predicted a pre-drill result run up in PRM and GLV share prices, which was snuffed out a few weeks ago when the broader market corrected.

Today we will also provide a weekly update on our running “upcoming share price catalysts” list and how each stock is tracking.

So while the Goldman report predicted the lithium run slowing, it’s just one opinion out there, with many still believing the battery metals boom has a way to run.

This includes Elon Musk, who in Tesla’s last earnings call asked for more people to get into the lithium mining business.

We believe there is still a long way to run in the broader commodities cycle, especially after years of underinvestment while money cycled into growing internet and tech companies.

Basically for the last 10 years, the majority of investor funds were being deployed to accelerate the growth of social media companies, digital payment platforms, online streaming services, digital marketplaces and phone apps - which of course have been great and changed our lives for the better.

Things required for the “real economy”: 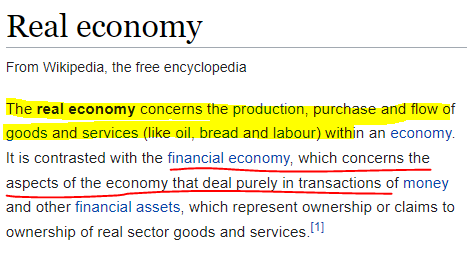 This was our key takeaway from a panel discussion and presentation at the All-In podcast’s summit in Miami this week.

We agree that there’s a “big bull market in real stuff” coming.

We like the All-in podcast because we think it’s a leading indicator of what global fund managers will be thinking in the near and medium term - and where they will be putting their money.

The preso we watched is given by a guy called James Litinsky, who was a successful hedge fund manager in the US, but now runs the biggest rare earths mine in the US.

Five years ago he saved this rare earths mine from bankruptcy - back when nobody cared about critical materials.

Now they are of strategic importance.

We’ll share the link to a recording of the presentation where he covers the need for significant investment in rare earths, other critical materials, supply chain, and energy independence in the West over the coming decades. 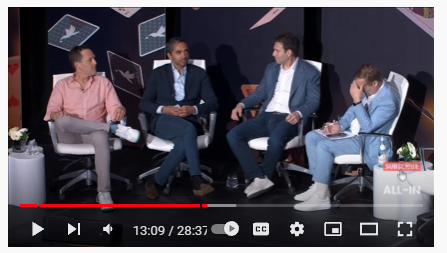 Here is a summary of our key takeaways from James’ talk in case you don’t have a spare 30 min to watch the full thing:

One thing that really stood out for us was the idea that there could be a merging of downstream operators with upstream mining businesses - basically this means buyers of critical materials actually buying and owning the mines that supply them.

This all comes only a few weeks after a Tesla earnings call where Elon Musk said he was considering getting into the lithium mining and refining business.

Here is a quote from that earnings call:

“I’d certainly encourage entrepreneurs out there who are looking for opportunities to get into the lithium business. Lithium margins right now are practically software margins”

For the CEO of one of the world's largest electric vehicle (EV) makers to be talking up mining this much really says something about supply chains globally.

Here in Australia, we have seen first hand the cost of capital issues in developing mines.

In some instances, the government has provided loans to companies where capital markets are unwilling to finance large scale commodities related projects.

Iluka Resources, which was recently loaned $1.3 billion from the federal government, is a prime example.

Here at Next Investors, our team believes that the “critical materials” investment thematic is only just getting started.

From a simple supply-demand perspective, but also from a geopolitical security of supply standpoint.

We think that the future of mining will see operators have some level of presence either via partnerships, direct equity stakes, or joint ventures in downstream manufacturing capacity.

With capital markets avoiding mine developments and the bigger players in the mining industry prioritising dividends instead of re-investment into new supply, we see this gap being bridged by downstream operators.

Again, Here is a link to our current Investments in critical materials.

FYI: Commences next phase of HPA project development with Alcoa

PRM/GLV: Sasanof-1 primary target to be drilled between 2nd and 5th June

Next Investors: ESG and Our Portfolio Companies

Next Investors: Educational Article - What is an ASX listed shell?

Macro: Is copper the next battery material to go exponential?

On Monday we reported that drilling had begun at the Sasanof-1 exploration well.

At the time, the drill bit had reached the ocean floor at around 1,000m water depth and started drilling through the first 1,000m of rock which sits between the ocean floor and the primary target area.

The primary target reservoir stretches 500m, at a total depth of between 2,000m and 2,500m below sea level.

A progress update on Friday from GLV explained that the Sasanof-1 well is now being readied to drill into the primary target zone this weekend.

That means that come Monday, we should know whether our Investments PRM and GLV have an ownership stake in a new Australian gas discovery.

We set the following as our expectations for the drilling program:

With GLV’s progress update on Friday, we now know that drilling through the target reservoir sand section is anticipated to occur over the weekend. We’ll be watching closely for an update and hopefully news of a gas discovery on Monday morning.

This well has been ranked amongst the Top 20 Highest Impact Wells happening anywhere on the planet in 2022 — rarely do we see ASX listed micro caps with exposure to oil & gas exploration events this big.

However, offshore gas exploration is risky and there are far from any guarantees of a new discovery.

📰 Read our Friday update Note: Drilling results to come in over the weekend

GGE this week reported that it had intercepted a gas structure at its Red Helium Project in Utah, USA.

The now completed drilling at the Jesse #1A well intercepted a gross gas column measuring ~203 feet (~62 metres). The 203 foot intercept was made across a primary target that GGE previously estimated to be 8,100 feet to 8,300 feet deep. This means that GGE has effectively intercepted gas columns throughout the entire primary target area.

This was the first of the three key pieces of information that GGE needs in order to announce a new helium discovery:

GGE has secured a workover rig that is expected to be on site at the Jesse #1A well location to start flow rate testing in around two weeks.

On Tuesday, Dimerix (ASX: DXB) reported that it had achieved a significant milestone — its first patient recruited in its ACTION3 phase 3 pivotal clinical trial of DMX-200 in the treatment of FSGS kidney disease.

FSGS, or Focal segmental glomerulosclerosis, is characterised by a dysfunction in the part of the kidney that filters blood. It is a rare disease with no existing registered treatment options specifically for sufferers.

With its first patient recruited, DXB’s Phase 3 FSGS trial is now underway.The clinical trial is the last major step before commercialisation and to reach this point DXB has done a lot of legwork, including getting ethics/regulatory approval in 12 key jurisdictions.

DXB was most approved to conduct trials in the US — an important market for DXB’s treatment as that is where a large portion of patients reside.

There’s a pressing need for a treatment, especially in the US, where FSGS has an outsized impact on the US healthcare system. Patients suffering from FSGS usually require a kidney transplant — an expensive option that’s not available to everyone.

We initially Invested in DXB at 20c in August 2021 and the share price is currently sitting at 16 cents, or 20% below our entry point after biotechs across the board were hammered over the past four months. DXB remains well funded through to completion of the Phase 3 FSGS trial with ~$16.8 cash at the bank as of 30 March 2022, which we think should help it weather the storm should the general malaise for biotechs over the last four months continue.

What we are looking for before Christmas...

Why we invest in junior explorers, Critical Minerals and more...

The Elephant in the Room

Whoever has the gold makes the rules