Disclosure: The authors of this article and owners of Next Investors, S3 Consortium Pty Ltd, and associated entities, own 6,178,333 AJX shares at the time of publication. S3 Consortium Pty Ltd has been engaged by AJX to share our commentary on the progress of our investment in AJX over time.

Our investment Alexium International (ASX:AJX) has developed - and is selling - advanced performance chemicals for cooling and fire resistance.

AJX commercialises its advanced performance chemicals by partnering with and selling its technology to manufacturers in a specific market (bedding, textiles, military uniforms etc).

AJX's partners then on-sell products to end customers with the AJX chemicals applied.

Today’s news is a big milestone for AJX as it confirms the company's expansion of its cooling technology products into the US body armour market - successfully executing on its strategy.

With the first customer secured, we think AJX is well positioned to grow this market segment and sell its cooling technology into adjacent markets.

This means that if AJX can show customers its cooling tech works in one area, it can pick up sales in similar or ‘adjacent’ markets.

It goes like this... you’ve seen how our cooling tech works for body armour, why not try it out in your uniforms etc?

We think there are three primary reasons why today’s announcement is positive:

Long time AJX investors will know that the backbone of its revenue is supported by selling its performance chemicals to bedding manufacturers.

While there is still growth in the bedding market, it is a mature market, so without penetration into new markets AJX’s growth would have been limited.

This is why AJX took the strategic decision to enter into new markets with its adaptive cooling technology, increasing the size of the revenue prize.

Today’s announcement marks the first revenues in the ‘body armour’ market and a big achievement for the company executing on its business plan.

We think that this is only the beginning for AJX, and we are looking forward to seeing how this new commercial venture will support AJX’s overall goal of being cash flow positive in FY22.

How do we track our AJX investment?

We are generally watching for AJX to create → prove → commercialise new chemistries for cooling and flame resistance in different consumer markets.

Today, AJX announced it has signed a partnership and production testing agreement with Premier Body Armor that should (hopefully) lead to first revenues for this segment.

While today’s announcement does not contain specific information regarding revenue from Premier Body Armor, we expect the relationship between the two companies to positively impact revenue going forward.

The total US body armour manufacturing market is worth US$632M - so we’re curious as to what kind of revenue AJX can derive from this new venture.

AJX says its addressable market is worth US$25M, which represents the portion related to cooling technology as part of the larger body armour market.

It is often difficult for businesses to secure that initial sale.

But once AJX can prove that its technology works - and that customers are willing to pay for it - we think it will open the doors to further opportunities, potentially in the lucrative US defence market.

We don’t think it's out of the question, should the right pieces fall into place for AJX.

Who is Premier Body Armor?

Premier Body Armor is a “direct to consumer” body armour manufacturer and retailer based in Gastonia, North Carolina close to AJX’s operations.

We think Premier Body Armor is a good fit for AJX and given their previous sales in the US defence industry, we believe it's possible that this could unlock this larger market for AJX.

AJX’s EclipsysTM cooling technology is perpetual and adaptive - drawing heat away from the user.

The cooling properties of EclipsysTM don’t dissipate over time and the chemical additive works harder the hotter you get.

This is actually an exciting development in the chemicals space and is a massive point of difference for AJX’s product from the rest of the market.

AJX has data which demonstrates that ‘the patent pending technology continually pulls heat away from the user, cooling [body armour wearers] by up to 200% more than competing products.’

Furthermore, ‘Human studies have been conducted and early test data has shown that the [technology] reduces the heat index of the wearer’s microclimate by more than 10 °F.’

10 degrees Fahrenheit may not sound like all that much, but it's a significant drop in temperature - something we think would provide a commercial advantage for AJX in the market.

Imagine you are a first responder or security guard working in a hot environment with the temperature outside sitting at 30 degrees Celsius, and on top of that you have to wear constricting metal plates around your torso to protect you.

In that situation it’s not just about comfort, it's about being able to perform your duties effectively.

Heat stroke and exhaustion are real threats to your operational capacities as a first responder.

AJX is advancing its business plan, and could become operating cash flow positive in the coming three quarters or less:

As you can see, AJX has already got positive earnings (EBITDA) and solid revenue growth of 19.7%.

The next major step is to become operating cash flow positive, which we think is definitely on the cards in the next two quarters.

This would mark a significant milestone for AJX as it indicates to investors that the business is sustainable.

Here’s the operating cash flows from the September quarter: 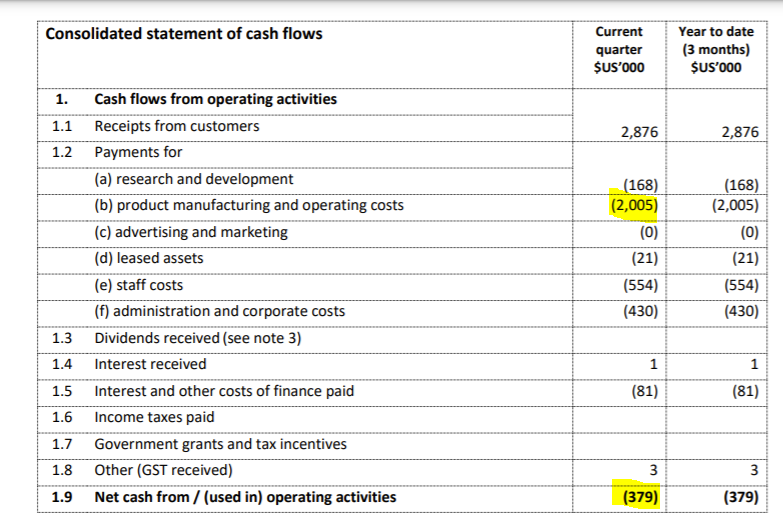 Compared with the June quarter: 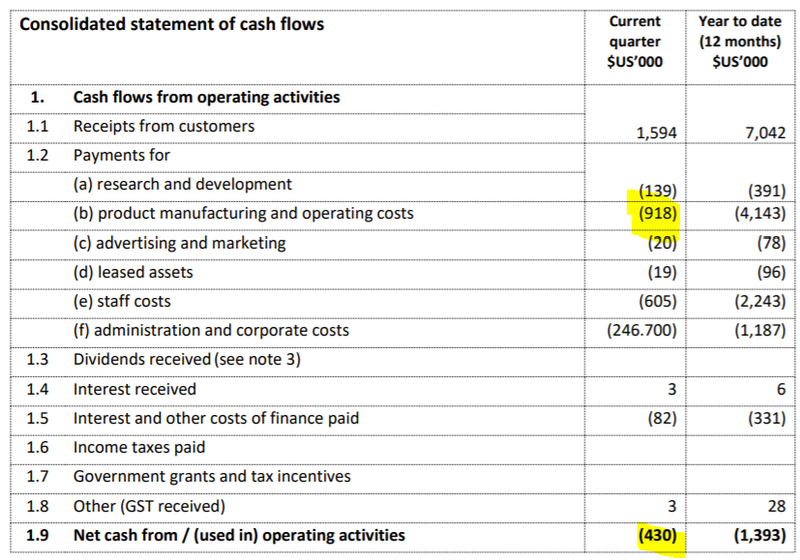 AJX has shaved off some of its operating outflows, while dramatically increasing its product and manufacturing costs.

That increase is fine in our book as it's a sign that AJX are ramping up for more sales.

It should have more inventory on hand to close these sales and with the body armour market - a new source of revenue.

With added demand from a new market segment, we think operating cash flow positive status is possible in the next three quarters or quarters with this quarter being the stretch goal. This is something we highlight in our investment milestones for the company.

We’ve launched a new way to look at a company called “Investment Memos.” These are a quick and easy way to get up to speed on companies like AJX. You can read our AJX investment memo which covers our investment thesis form when we increased our position in July earlier this year.

We initially invested in AJX at 6¢ and retain 72.54% of our total position.

What do we want to see next from AJX?

Next we want to see:

Disclosure: The authors of this article and owners of Next Investors, S3 Consortium Pty Ltd, and associated entities, own 6,488,333 AJX shares at the time of publication. S3 Consortium Pty Ltd has been engaged by AJX to share our commentary on the progress of our investment in AJX over time. 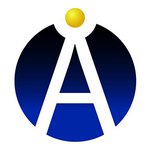