Readers who have been with us for a few years will know we have been following 88 Energy (ASX:88E | OTC: EEENF) for all of its drill campaigns in Alaska (there have been five over 6 years).

Today 88E released an announcement on additional lab results from its most recent drilling campaign. This was definitely 88E’s best ever drilling outcome to date, despite the operational issues that occurred during drilling.

Today 88E also finalised the costs associated with drilling, with its net share coming in at US$9M - the vendors were willing to accept partial payment via 345M shares at $0.025, with the balance to be paid in cash.

This leaves 88E with a strong cash position ahead of another drilling event next Alaskan winter.

After we introduced our selective investment portfolio model in 2019, we wrote about our taking a position in 88E in July 2020 at 0.5c with a plan to hold for the Merlin-1 drilling campaign that was 9 months away.

We topped up again in September 2020 at 0.6c in anticipation of the drilling that was still 6 months away.

As always with early stage exploration investments, our plan was to invest very early, patiently hold until before the drill result and free carry, take some profit, then hold a decent sized position into the result.

We stuck to the plan. There was a good price run up to the drill result, including an outrageous two days where the share price traded in a range of 5.2c to 9.6c. While tempting to have sold out during the price spike, we always stick to our plan and held a decent position into the Merlin-1 result which had strong positives but also some very frustrating technical issues.

To anyone out there who was trading 88E in the couple of days before the drill result, congratulations to those who bought low and sold high, and condolences to those that bought high and sold low - we aren’t traders and buying and selling in the days before drill results is not for us... and we definitely wouldn’t buy days before drill to hold for the result (we will try to make this clearer to new readers in all of our future exploration commentary).

Despite the operational issues and not “officially” being called a “discovery” by the company, the market seems to have priced 88E with the Merlin-1 result at around 2.5c per share, which is over 200% up from the average price of 0.8c it was trading in the 9 months pre drill during when we invested.

Here is the timeline of our commentary for 88E over the last 12 months: 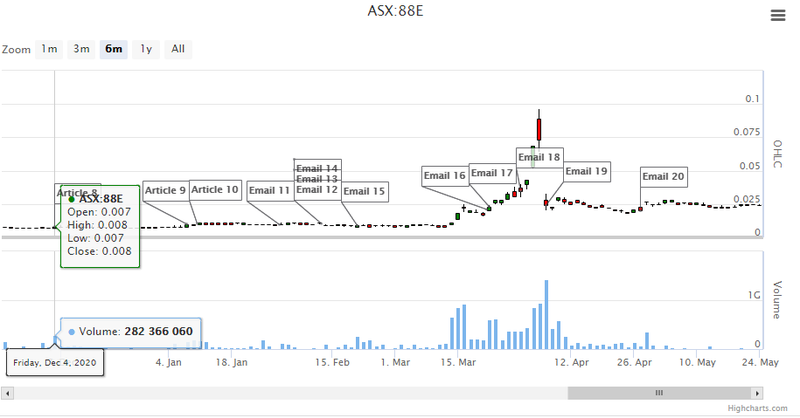 Merlin-1 was “almost’ a discovery which was very encouraging - so close yet so far but us (and the market) are waiting for more investigation into what 88E actually has down there.

Drilling has to stop while we wait for the Alaskan winter again (so the drill rigs can be shipped to drill site using ice roads) but in the meantime we will be watching for more news from the Merlin-1 lab results and the next moves 88E make in preparation for the next drilling season.

Here is what we have found out in recent weeks:

Since the drilling of Merlin-1, 88E has been running a bunch of lab tests on the samples it could collect, with the aim to get as much data as it can about what was found.

Here is what we know from today’s announcement:

‘Encouraging evidence’ of oil in down hole samples.

Today 88E released its ‘flash test’ results. A flash test is where you decrease the pressure in sample chambers to see changes to the quantum and composition of fluids at closer to normal surface conditions.

Here is what 88E found when it ran flash tests on Merlin-1 samples:

Percentages of hydrocarbon reach up to ~ 70%, which would be indicative of a discovery... but these are qualitative results, and the margin of error is uncertain.

So further investigation is required to validate actual % of hydrocarbon in samples.

In addition, the ratios of hydrocarbon indicated that the liquid present is highly likely to be oil rather than condensate - this is good from a thermal maturity perspective regionally.

The final percentages of hydrocarbon vs water in the samples will be known in the coming weeks.

What is clear is that the presence of oil is highly encouraging given the two most prospective horizons were not able to be sampled due to operational issues during drilling. 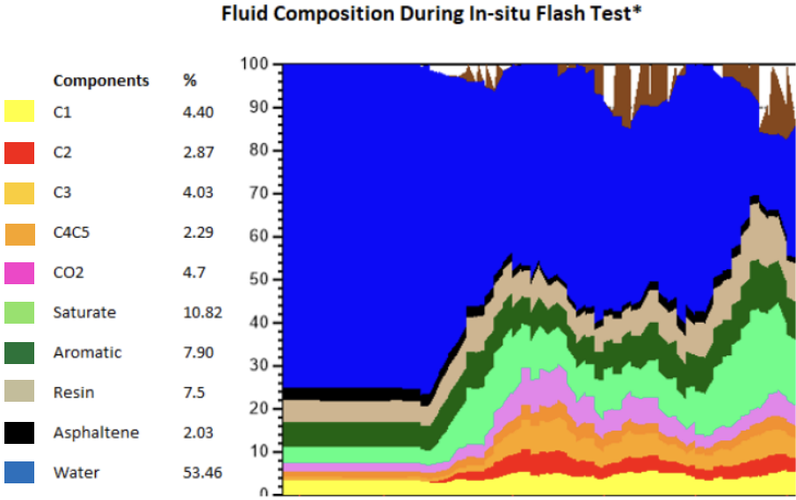 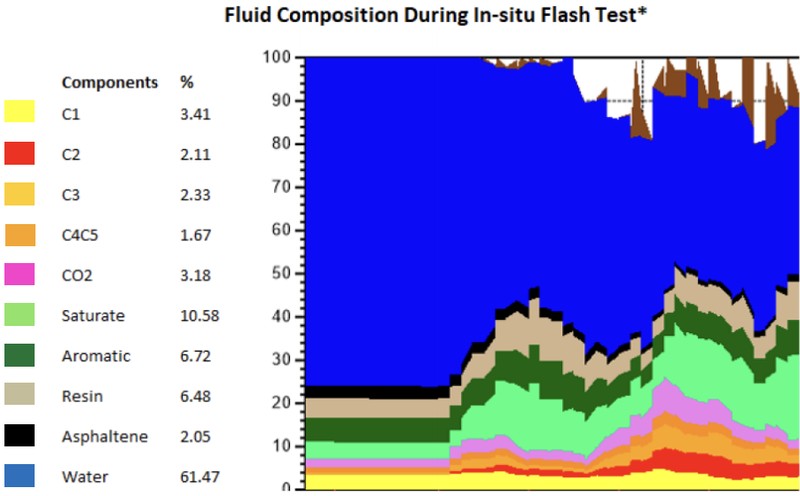 When analysing core samples, white light and UV photography is undertaken - if oil is present, then fluorescence will be evident under UV light.

We got an early look at the fluorescence observed during drilling on 29th March and wrote about it here.

Today 88E posted images of fluorescence observed in the lab - you can see them below.

But note that 18 of the most prospective samples were not included in those sent for analysis - as these have been set aside for special analysis related to any oil extracted. 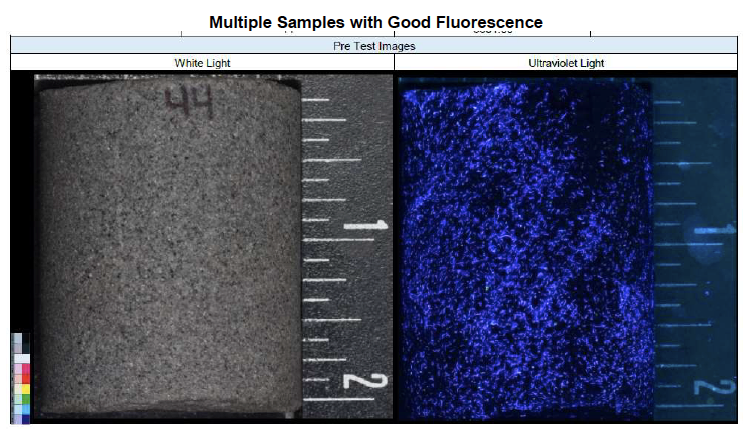 Observations in the lab of sidewall cores confirms previous analyses, however there are several additional horizons that have shown the evidence of oil that were not previously identified. These horizons will be the focus of further work.

News still to come from Merlin-1:

There are a few more lab results still to come through from Merlin-1:

The Merlin-1 prospective zones exhibited good shows with potential for pay - subject to the results from the testing above.

An initial mapping exercise has indicated that these zones may be of similar magnitude in terms of volumetric range as the originally targeted primary zones...

Further work is required to confirm this, but the early work so far is encouraging.

Here is our past commentary on 88E: 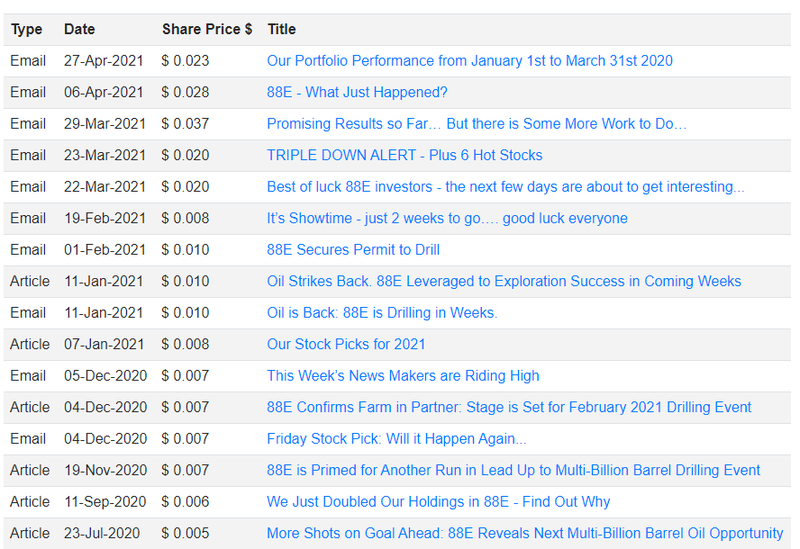 [NEW] Here are 88E’s company milestones as we see them 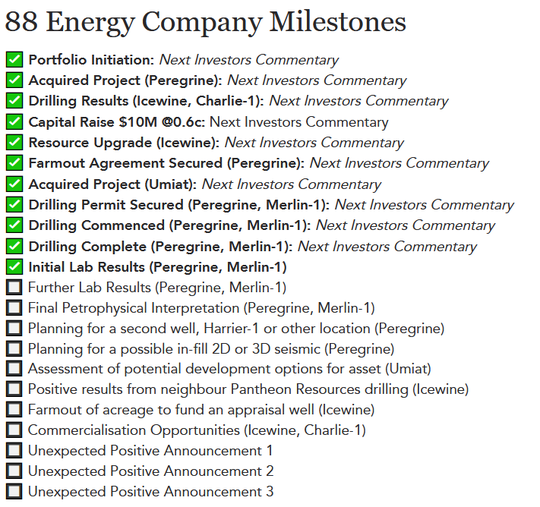 Another new feature we will soon be rolling out to all portfolio company pages. Again, please reply to this email with any feedback/suggestions.

"Expected Company Milestones" are based on the company's publicly available execution plan and some assumptions made by our team on potential announcements that should de-risk the investment. “Our investment milestones” show our current long-term investment plan. Early stage investments are risky and there is no guarantee that the expected events will occur. The lists are not in sequential order.