Vonex Limited (ASX:VN8) has commissioned Next Investors to provide this service.

What does VN8 do?

VoIP stands for Voice over Internet Protocol - basically super clear and easy to manage phone calls over the Internet.

These calls are done via something called a PBX - PBX stands for Private Branch Exchange, which is a private telephone network used within a SME.

VN8 is employing an aggressive acquisition strategy to grow revenues at scale and claim market share more quickly than by organic growth alone.

What is the macro theme behind VN8?

The importance of reliable and secure business interconnectivity has become even more prominent in a pandemic-impacted world, and so enterprises are placing greater priority on possessing and maintaining quality communication networks.

Why did we invest?

We believe that VN8 is on track to become cashflow positive in the near-term whilst claiming market share on a national basis through its ‘Hunt for Growth’ aggressive acquisition strategy.

As such, we think that it won't be too long before dividends become a reality, providing regular returns, and attracting more institutional investor interest.

The other realistic possibility is that VN8 looms as a potential target for a larger telco.

Typically the larger the telco, the more appealing it is for acquisition, as a quick and cost-effective way to either gain new customers or integrate a new vertical into an existing business.

What do we expect the company to deliver in 2022?

Becoming cash-flow positive is an important precursor for companies to begin paying their own way, rather than raise capital for survival. VN8 is almost there, with back to back cash-flow positive half year periods, but we would want to see it deliver it for a full fiscal year, and continue to do so going forward.

As a core measure of profitability, becoming EBIDTA positive would signal to the market that VN8 can deliver sustainable growth and, we believe, make it a much more attractive target for a larger telco business. This is the precursor to considering dividend payments for a company.

Part of the acquisition strategy is to integrate the assets and customers into the Vonex channel partner network. We expect the user base to grow organically through cross-selling opportunities while driving down costs through improving economies of scale.

A key milestone that we want to see VN8 achieve is 100,000 PBX users, an indication that the acquisition strategy is leading to organic user growth.

Market risk: The market may not like VN8’s acquisitive strategy. Just because the acquisition should benefit VN8 in the long-run doesn’t mean the market will enjoy the short term pain to the VN8 cash balance and shareholder dilution. Acquisitive strategies in no way guarantee that a larger telco will look to acquire VN8 in the end, particularly if user growth slows.

Funding risk: VN8 may need to tap the market for more cash to aggressively grow its business through acquisitions. This goes hand in hand with market risk

Competition risk: VN8 is swimming in a pool of competitors that could push them out of the market or make their acquisitions more expensive. Alternatively, a much larger telco invests heavily in the infrastructure that VN8 provides its customers - especially in the SME market segment. VN8 has a relatively unique product offering and experienced representatives in their distribution channels, however larger entities may decide to move into their niche.

We initially invested in VN8 in mid 2020 with a 24 month horizon to see how the acquisition strategy would play out. We increased our holding in mid 2021, as we liked how management were executing this strategy, and intend to hold the majority of our investment in the year ahead.

The long-term strategy is to watch VN8 grow through acquisition until it is taken out by a larger telco company at a bigger valuation than we initially invested.

Investing 101: Taking Stock of your Stocks and Diversification

Our Past Commentary on Vonex Limited

The strong financial results come on the back of VN8’s aggressive acquisition strategy. Over the past 2 years, VN8 has acquired 4 businesses, expanding their national footprint and accelerating customer growth in the process. 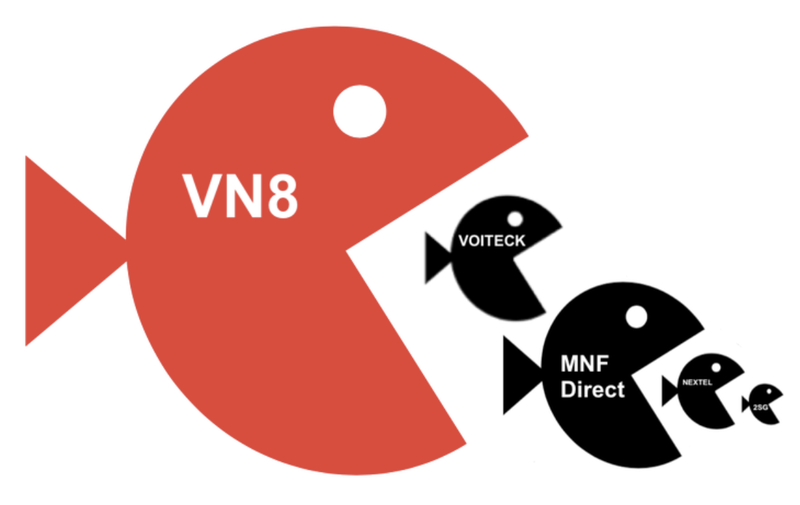 This quarterly result speaks to progress towards both Objectives we want to see VN8 deliver this year, with the expanding customer base feeding into the financial growth. In particular, the results augurs well for VN8 to deliver on our #1 Objective we want to see for 2022 - for VN8 to become both cashflow and EBITDA positive this financial year. 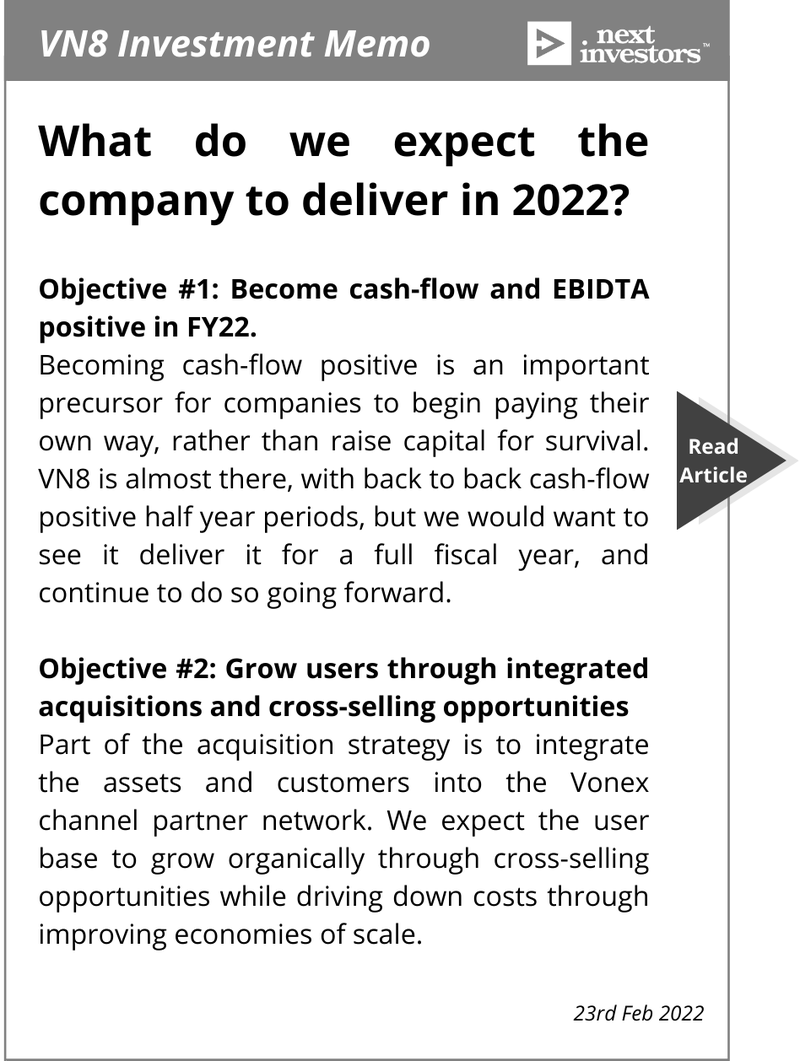 Next up, we want to see VN8 complete the integration of its biggest acquisition - MNF Direct - which should occur in the current quarter. Further details of our VN8 investment can be found within our Investment Memo.

Our investment Vonex (ASX: VN8) has been aggressively growing its integrated telecommunications business through acquisitions, digesting four telcos over the past two years. This has led to the company posting record sales, PBX customers, and annual recurring revenue in its latest half yearly report.

This strategy is outlined in our second objective set for VN8 in our 2022 Investment Memo: “Grow users through integrated acquisitions and cross-selling opportunities”.

It is a similar blueprint to what fellow telco Uniti Wireless (ASX:UWL) has followed since its inception as a 25 cents per share IPO in 2019. Over the past two years, UWL acquired several smaller companies, including its $610 million takeover of OptiComm in late 2020. The strategy culminated last month with UWL receiving a takeover bid of $4.50 per share from NZ’s Morrison & Co, valuing the company at over $3 billion. Since then, Macquarie has also lobbed a takeover bid for UWL, demonstrating “the intense demand for telecommunications assets in a post-virus world”, as reported in today’s AFR. 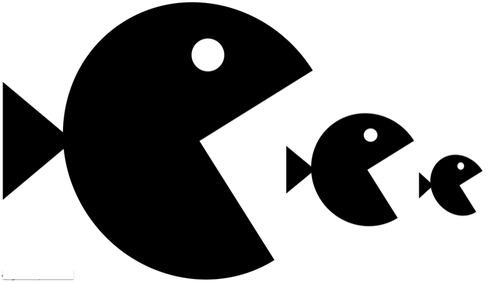 As we wrote late last year, it’s a common thematic in the telecommunications industry for telcos to ultimately be acquired. Over 83% of ASX listed telcos with a market cap of between $15M to $500M have been acquired since 2010.

We like the growth trajectory of our VN8 investment, but want to see this translate into becoming both cashflow and EBITDA positive this financial year, as per our Investment Memo objectives:

Our telco investment Vonex is in the midst of an acquisition phase, having acquired four complementary businesses over the past 2 years. This has helped VN8 deliver a strong financial performance over the half-year ending 31 December 2021.

The acquisitions have rapidly expanded VN8’s customer base, with PBX users now exceeding 90,000. This has led to a 104% growth in annual recurring revenue to $34.5M - which we think is quite sold for a company with a market capitalisation of ~ $32M.

The flip side to the acquisitions is that VN8 currently has a high level of net debt ($11.9M) - but given its strong cashflow, we expect most of the debt to be paid back this year. This will free up cash for further acquisitions and possible dividends down the track.

We’re keen to see VN8 continue to grow on several key financial and operating metrics in 2022, whilst fully integrating the most recent acquisitions into its business.