Chinese gas demand is expected to more than triple over the next 15 years.

Yet, already, China is unable to produce enough local gas supply within its own borders to meet this demand and is importing gas from multiple external sources.

This Permian coal region is the same age as that of Santos’ (ASX: STO) prime Queensland coal seam gas (CSG) acreage and its geologic quality stacks up remarkably well compared to Queensland’s Bowen Basin. Plus, Elixir’s PSC is located right on the border with China, just 410 kilometres from China’s main transmission pipeline – the East-West Gas pipeline that extends all the way from Turkmenistan. Its proximity to China gives it a strategic advantage in meeting future gas demand.

But make no mistake – Elixir Energy’s share price is in the doldrums. The stock was sharply sold off over the December-January period as permeability and preliminary gas content results from its first core-hole, Ugtaal-1, came in at the lower end of expectations.

Elixir Energy was last year named our ‘Top Pick of the Year’ and the Next Oil Rush took a large long-term position in the company — and that hasn’t changed. We still recognise opportunity here, what EXR Chairman Richard Cottee described as an “eye-watering risk/reward equation”.

That’s particularly true for new shareholders to the company given that those weaker than expected drilling results have already been fully priced into the company’s share price – and then some, with the stock now trading at 1.9 cents with a sub-$10 million market capitalisation.

Starting off from such a low base in 2020 provides a fresh start for investors as the company completes drilling at its second location within its massive acreage in Mongolia’s Gobi Desert.

The first core-hole, at Ugtaal-1, was located in just one of these Permian sub-basins in the very large PSC.

The second core-hole, Nomgon-1, that spudded on 16 January, lies approximately 37 kilometres to the south-west of the recently drilled Ugtaal-1 well and is situated in an entirely different Permian sub-basin.

As announced today, after the company emerged from a trading halt, EXR has now completed drilling at its second core-hole, at the Nomgon-1 well, calling total depth (TD) at 491 metres.

By way of comparison to the first core-hole, the well-site geologists consider the coal quality from Nomgon-1 to be considerably better than encountered at the Ugtaal-1 well. In fact, gas is visibly bubbling from the coal samples (as can be seen on Elixir’s website).

Coal cores are now being tested in the well-site laboratory for their gas content and results will soon be available. Down hole permeability testing will follow.

While the final results are pending, Elixir appears confident, reporting that indications to date are highly encouraging for gas content and permeability. Well-site geologists have described the coal quality from Nomgon-1 to be considerably better than encountered at the first well tested last year.

The company's key objective for its first exploration campaign was to discover thick gassy coal seams below 300 metres — given the results to date from the Nomgon-1 well that goal has been met.

EXR managing director Neil Young says, the company is “very excited with the results to date from the Nomgon-1 well, which has intersected very thick and good quality coals within the CSG depth window”. 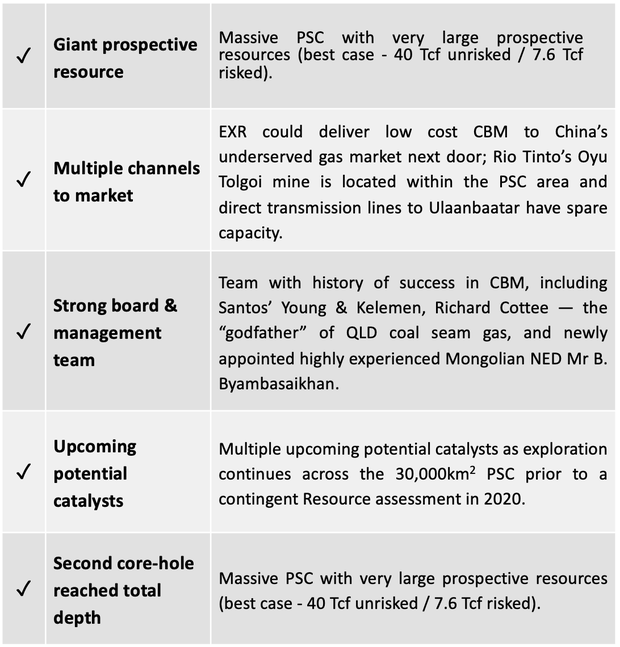 Elixir Energy (ASX:EXR) was sold off sharply after the company revealed results that were at the lower end of expectations at its first core-hole at the Ugtaal-1 well.

As seen on the chart below, after beginning to decline in mid-2019 following some delays in drilling that first core-hole, EXR has now entered ‘Oversold’ territory on the weekly chart. 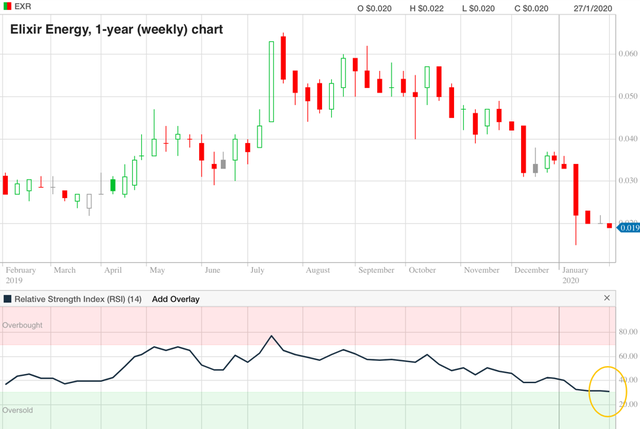 This suggests a possible bottoming of the share price as buyers begin to recognise the very large upside potential of the current (and future) drilling campaigns across EXR’s seven million acre (30,000km2) production sharing contract (PSC).

Encouragingly, as announced today, the coal quality at the second drill hole at Nomgon-1 is considerably better than encountered at the Ugtaal-1 well.

Before we get into the latest results of its drilling program, here is a good overview of Elixir Energy and its Mongolian CMB PSC, Nomgon IX:

A clean gas resource of the scale Elixir is looking to prove up is just what China needs right now as the country anticipates a tripling of gas demand over the coming decade.

For now, the country’s shortfall is being met by pipeline imports from Central Asia, Russia and Myanmar as well as more pricey LNG imports. In fact, despite the economic impacts of the coronavirus, this month China overtook Japan as the world’s top importer of LNG. 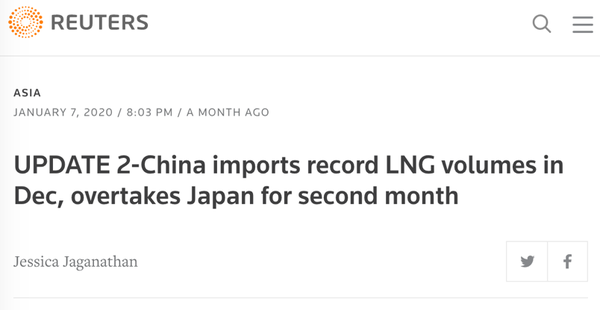 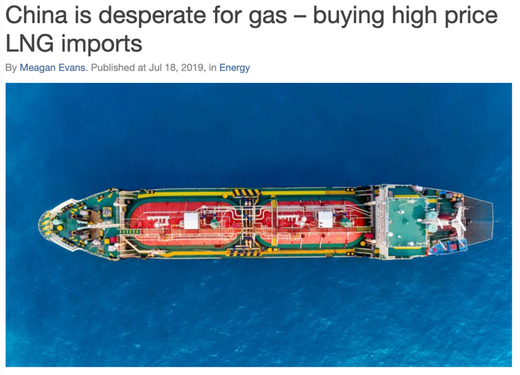 But not only does China need to provide enough electricity for its growing population, it’s also working to reduce deadly carbon emissions from coal-fired power plants and combat global warming. 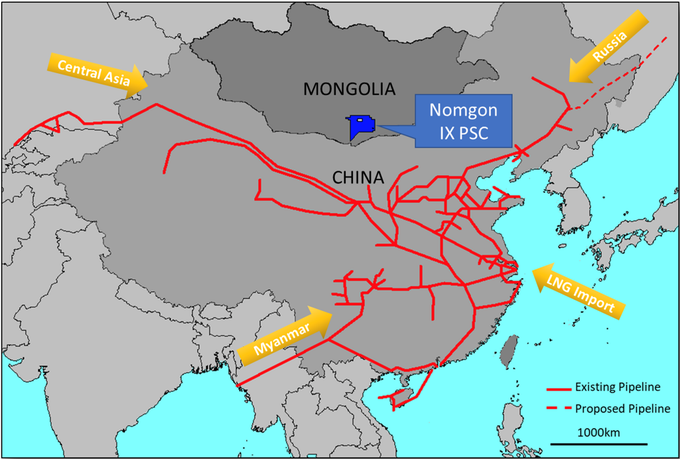 The PSC gives Elixir long term and robust tenure over the massive licence area. It was signed in September 2018 with a 10 to 15- year exploration term and gives EXR 100% ownership with no back-in rights assigned to the Mongolian government.

This is the only coal seam gas PSC issued by the Mongolian government and it is 100% owned by Elixir.

The company is backed by a high-quality board and management team with a history or success in coal seam gas / coalbed methane. This includes Chairman Richard Cottee, who famously took Queensland Gas Company (QGC) from a $20M capped junior into a $5.7B takeover play.

Ex-Santos executive Neil Young is managing director, having been working in Mongolia to secure the Nomgon IX PSC since 2011. Another ex-Santos executive is Stephen Kelemen, who ran its coal seam gas (CSG) business.

Director Bayanjargal Byambasaikhan also brings considerable experience to Elixir having chaired the Business Council of Mongolia and he served as chief executive of Mongolia’s sovereign investment company, Erdenes Mongol, where he was also a board director of Rio Tinto’s partner Oyu Tolgoi LLC. 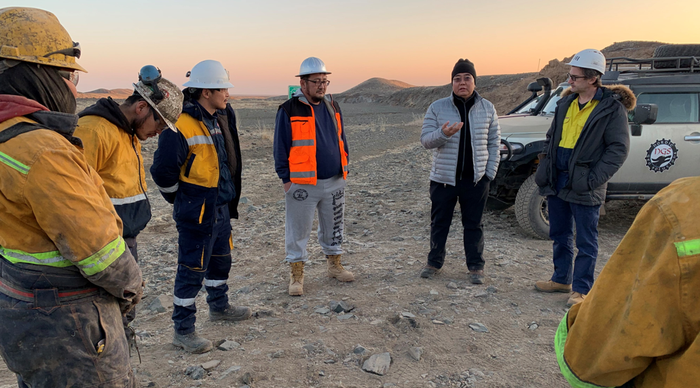 Nomgon-1 lies approximately 37 kilometres to the south-west of the recently drilled Ugtaal-1 well and is situated in a different Permian sub-basin to the latter. This is just one of many such sub-basins in the 30,000 square kilometre land holding that covers a major Permian coal bearing basin. 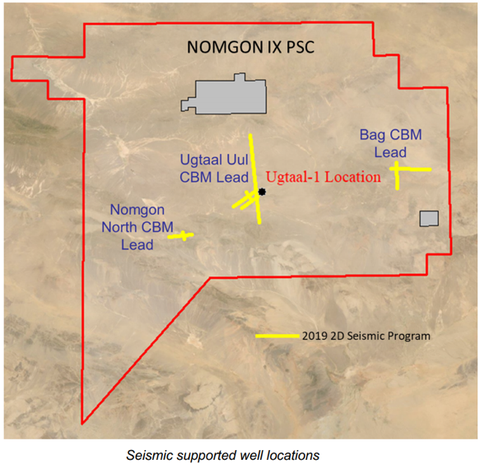 The location of this second core-hole was first identified as being prospective for coal seam gas (CSG) exploration by Elixir’s subsidiary company four years ago when it undertook initial on-ground prospecting work across the PSC area.

This means that Elixir’s management team has a good understanding of the well’s location, while recent field work has re-affirmed the location’s strong potential. 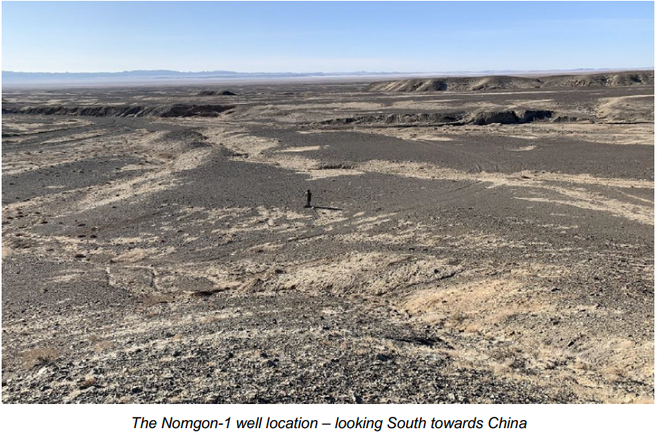 Heading into this drilling and even before today’s update, EXR managing director Neil Young was confident of what would be uncovered at Nomgon-1, saying: “The Nomgon-1 well is one which we are highly confident will intersect coal seams at depth – and will provide a good first test of a different sub-basin in the PSC.” 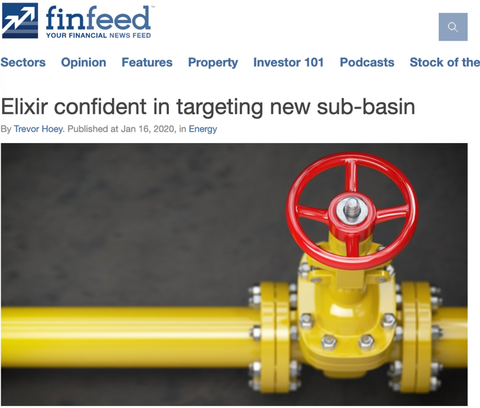 As announced this morning, drilling has now been completed at the Nomgon-1 well. The core-hole well reached a total depth (TD) of 491 metres and logging will commence shortly and will be followed by permeability testing.

Elixir’s key objective for its first exploration campaign was to discover thick gassy coal seams below 300 metres — given the results to date from the Nomgon-1 well that goal has been met.

Well site geologists have measured total net coal of 82 metres of which 63 metres is deeper than 300 metres. The thickest coal seam below this 300 metre cut off point measures 51 metres (from 373 to 424 metres). The logging will deliver a more accurate figure shortly. The vertical well indicated synclinal coal seams.

Abundant gas bubbling from the recovered core was noted across the whole interval prior to it being representatively sampled for gas content desorption measurement.

Gas is visibly bubbling from the coal samples: 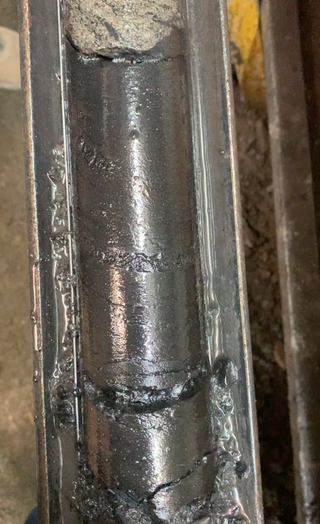 Furthermore, the coals are visibly fractured and cleated, which bodes well for their permeability.

The well-site geologists have described the observable coal qualities to dominantly be C3-C4 on the AS 2519-1993 Guide to technical evaluation of higher rank coal deposit’s brightness scale. This is considerably better than encountered at the Ugtaal-1 well.

Coal cores are being tested in the well-site laboratory for their gas content. Indications to date, although not final, are highly encouraging.

Elixir’s managing director, Neil Young, said: “We are very excited with the results to date from the Nomgon-1 well, which has intersected very thick and good quality coals within the CSG depth window.

“Our local Director Mr B Byambasaikhan recently joined me for a visit to Nomgon-1, where we were again pleased to see operations being conducted safely and professionally.” 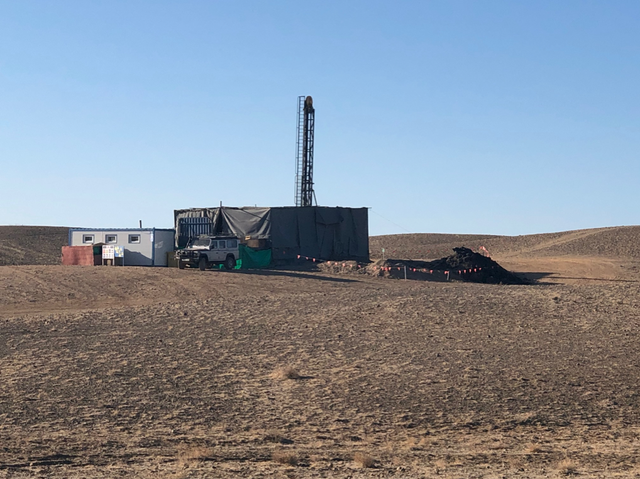 Drilling in the South Gobi region in winter

Transitioning to Nomgon-1 is timely as the results from Ugtaal-1, which was EXR’s key focus for the fourth quarter of last year, were at the lower end of expectations due to factors such as poorer than anticipated coal quality.

The assessment of the Ugtaal-1 well assisted in targeting Nomgon-1. Ongoing desorption work and supplementary laboratory testing will assist in EXR’s ongoing exploration efforts over the multiple targeted Permian sub-basins within the overall PSC area.

What’s Next for Elixir?

It’s still early days for Elixir at its Nomgon IX PSC, having only just completed its second core-hole for its initial drilling program.

Huge potential remains as we head into 2020 and for years to come. The underlying macro environment remains with China urgently needing new and reliable gas supplies along with the growing clean energy sector in Asia.

This opportunity is heightened given the recent sell down of the stock to oversold levels as the huge potential upside on offer and longer-term opportunities seem to have slipped off investors’ radars.

What is now coming back into focus is the upcoming potential catalysts for value creation — including the drilling results, a contingent Resource assessment, followed by a gas production pilot later and a potential farm-out to a larger partner.

In the near term, management’s exploration plans for 2020 have recently been proposed to Mongolia’s petroleum regulator, as required under the terms of its PSC, and include a mixture of further low cost seismic and drilling.

By their nature, these plans will be dynamic over the course of the year as the two processes feed off each other along with the final results of the current 2019 core-hole drilling program.

A mandatory formal annual meeting with the regulator was recently held in late January where the 2019 results and 2020 plans were presented.