Three stocks to watch for the next few weeks

Three stocks in our portfolio are catching our eye this week for various reasons - MNB, GTR and BPM.

Phosphate is the key ingredient in fertiliser - something Angola desperately needs in local supply so that it can grow its agriculture industry, and eventually export.

We have been invested in MNB for over a year. We invested because MNB’s Scoping Study indicated just US$27M CAPEX will get them an after tax Net Present Value (NPV) of between US$159M and US$260M, and we believe phosphate prices will continue to be strong as global food security comes into play.

Back in July when phosphate prices started surging we roughly calculated a new MNB NPV of US$550M.

The phosphate price is even higher now a few months later...

We think the ongoing fertiliser and phosphate price rises combined with MNB hinting at a green ammonia project has been the cause of the MNB share price run from ~13c to ~18c over the last few days.

We think the MNB share price is running for these reasons:

Speaking of surging commodities that the world is facing widespread shortages of... it’s time to talk about uranium.

Our long term uranium investment GTi Resources (ASX:GTR) has two uranium exploration projects in the USA, and is about to start an exploration work program in Utah.

GTR’s share price seems to be tied to the uranium price - and the uranium recent price surge has been good for GTR holders.

We like GTR right now because uranium is inescapable in the news...

Earlier this month, spot prices jumped above the $48 a pound - a mark that was last breached in 2012, and almost double what the price was 12 months ago. 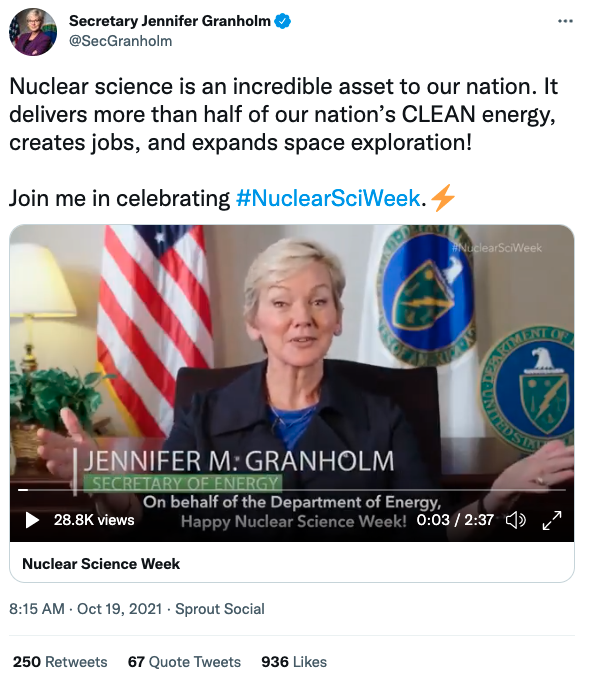 We think that the drums of a macro-level thematic are starting to beat louder for uranium, whereby it is now seen as a key part of the solution to decarbonising the planet.

If nuclear energy can displace more fossil-fuel based energy sources, then less carbon is emitted into the atmosphere. This is crucial when striving for net zero emissions targets that are set to be discussed at the upcoming UN backed Climate Change Summit in Glasgow next month - a big “watch this space”.

We believe that the current positive market sentiment for uranium equities is not a flash in the pan, and so are keen to see how our investment in GTR pays off in the months and years ahead.

On the corporate front, GTR just raised $1.49M via a share purchase plan to existing holders at 1.5c, in addition to $2.6M it raised in August just as it acquired its new Wyoming uranium projects... literally days before the new uranium price run - finally some luck for GTR, read our commentary in our most recent GTR article.

GTR has circa $5M in cash now and is ready to get to work on exploration.

A portion of 1.5c shares are scheduled to come onto the market this week - given the current share price is over 3c, there might be some selling... on the other hand - given the buoyant market for uranium, and upcoming GTR drilling - maybe there won't be.

We continue to watch the uranium spot price every night and uranium in the mainstream media.

BPM Minerals (ASX:BPM) is a tiny micro cap stock that we invested in in May 2021 exploring for lead-zinc.

We invested in BPM because of its exploration projects that are next to (and importantly on the same geology as) Rumble Resources' lead-zinc discovery that spiked its share price in April by 8x. Rumble Resources (ASX:RTR) is currently capped at $316M.

BPM is currently capped at just $13.5M and one of the smallest market cap stocks we own.

Notably in the last week, Strickland Metals (ASX:STK), who are right next door and on the same geology as Rumble (and BPM) ALSO just made a lead zinc strike (and the share price spiked). This bodes very well for BPM’s upcoming first drill in a couple of months.

We are hoping BPM can ALSO make a nice discovery near Rumble and now Strickland in the Earaheedy basin. Given BPM is a tiny stock, it is extremely leveraged to a successful result. But at the same time - it is a risky investment, as the project is at such an early stage..

So two NEW external factors now working in BPM’s favour before drilling are: 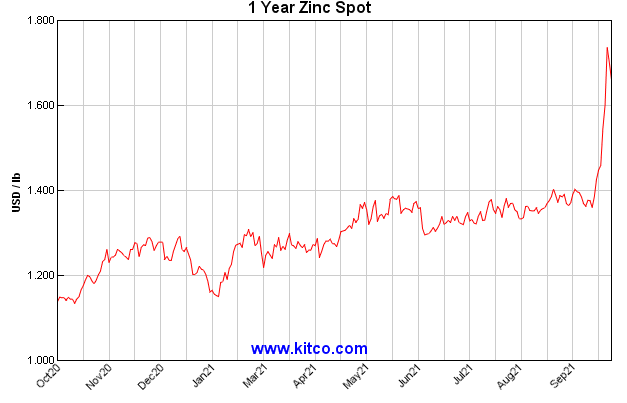 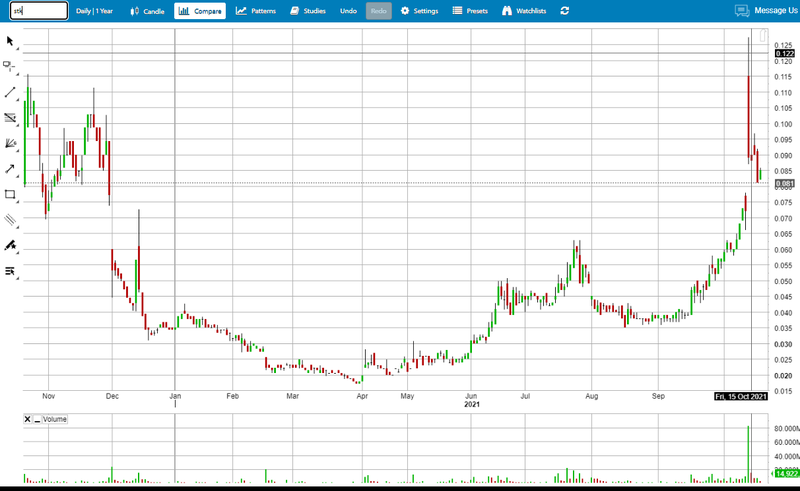 That's now two companies that have made a high grade lead-zinc discovery in the Earaheedy Basin.

Strickland’s share price moved from a close of 7.2c the day prior to as high as 12.8c on the day of the news - a 77% gain. Now Strickland is a different beast to BPM - it's much bigger, with a $88M market cap and an established gold resource in WA - on top of the new discovery at its Rumble lead-zinc nearology project.

Remember BPM is capped at $13M... if BPM can get a similar kind of drill hit, we would expect the BPM to react upwards too....

BPM’s third and most advanced Earaheedy Basin Project is scheduled for grant in mid-November. Native Title agreements are well advanced. We would expect BPM to launch a drilling campaign soon after...

Like with all our early stage exploration investments, our plan with BPM is to invest way before the drilling starts (done) and wait patiently while all the pre drilling prep work happens (now), then aim to sell a small portion before the drilling campaign starts once the price starts running, then hold a position for the drill campaign and hope for a lead-zinc hit.

BPM has steadily traced down from its 57.5c highs in May - and is now under 30c - just as it gets closer and closer to actually drilling.