The Next Mining Boom first alerted you to the emerging uranium small cap GTi Resources (ASX:GTR) back on April 29 at 1.2 cents. Since that time, GTR has been on a strong run, climbing another 33% this morning and up 380% since we first initiated coverage.

The story has caught on in the wider market, and we were proud to bring our subscribers this stock early. It is, indeed, one of the hottest small caps on the ASX this month.

This seemingly undervalued exploration company is focused on uranium in the Henry Mountains region of Utah, USA and is preparing for its maiden drilling program at a past producing project known as the Jeffrey Project.

The Next Mining Boom first covered GTR in April in the article $5M ASX Micro Cap Launches Uranium Exploration - Near the Only US Processing Facility. 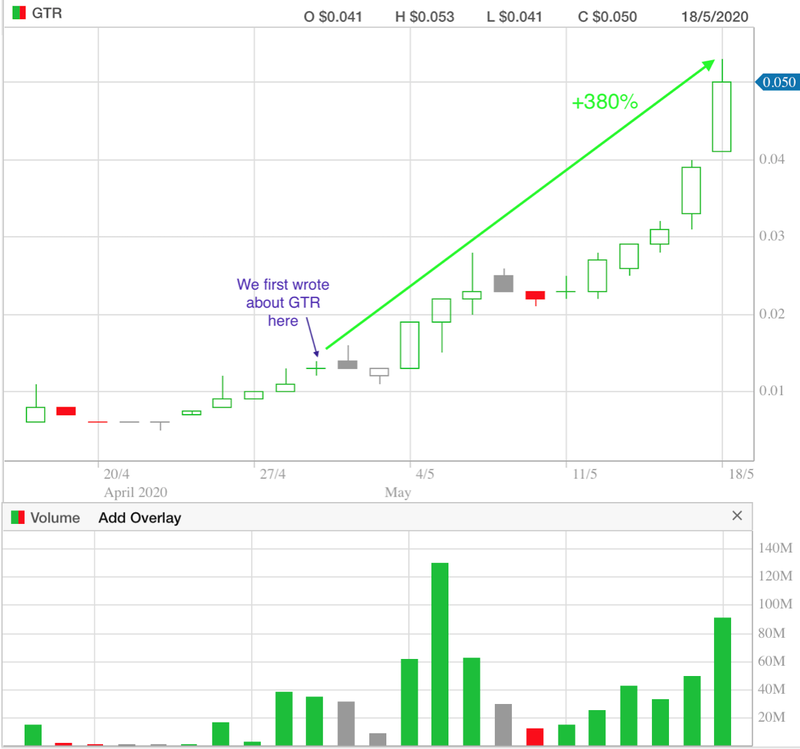 The company is now 5.3 cents and could climb further, following the release of a Wise Owl Research report to its subscribers on Friday.

GTR’s Jeffrey Project has the potential to deliver uranium ore to fill existing mill processing capacity. The company is also buoyed by support from the US government for domestic uranium producers, and uranium market developments.

Uranium is set to become a bigger discussion point in the clean energy revolution.

US president Donald Trump’s 2021 budget now includes spending A$230.7 million per year for 10 years to create a strategic uranium reserve.

GTR is just one of our recent success stories

Next Investors owns and manages a carefully selected portfolio of ASX listed small caps in which we intend to hold substantial long term positions.

We continuously encourage our millions of yearly readers to invest alongside us in our portfolio companies.

Along with GTR, we have taken positions in:

This week we doubled our holding in EXR.

This is the first ever CBM discovery in Mongolia and EXR offers an attractive EV due to COVID19. The company held up around 6c for a few months, but is now down to 2c, after a couple of months of COVID-19 selling.

We think the stock could be ready to run as the register seems to be mainly sticky holders now.

EXR recently raised $2M so they are funded for next drilling program, while many other frontier explorers can't drill due to COVID-19 travel restrictions.

The new drill program will begin in June.

Vulcan has developed the world’s first and only zero-carbon lithium process and plans to produce battery-grade lithium hydroxide from geothermal brines pumped from wells with a renewable energy by-product.

First commercial production is targeted for 2023.

The project has potential for dual revenues — zero-carbon lithium and geothermal energy.

The company will soon commence its Pre-feasibility study followed by construction of pilot plant, then a DFS in 2021.

Founded by a former deputy director of US Naval Intelligence, WHK has developed a SaaS platform for identifying, prioritising and mitigating cyber risks for businesses.

WHK has contracts with key US federal government departments, Fortune 500 companies, top US financial institutions, major insurers, manufacturers, utilities providers and a leading US Defence Industrial Base (DIB) company to protect these organisations and their supply chain companies.

Whist WHK is currently down, however we believe further contract signings and new US Federal Contractor Cybersecurity Regulatory policies will present opportunities with tens of thousands of DoD supply chain companies requiring cybersecurity.

Tempus Resources has two major gold projects: Zamora in Ecuador and Blackdome-Elizabeth in Canada and was up as high as 47% when we first initiated coverage in February. It is currently up 17% in the last six month period.

TMR’s Ecuadorian gold asset is next to $2 billion Lundin Gold’s greenfields gold discovery, which could have a major north facing impact on TMR’s valuation. Furthermore, drilling at its Blackdome Project in Canada will commence shortly following a $4 million capital raise to fund the program. This Canadian gold asset has a high grade historic mineral resource with past production of over 230,000 oz.

Although 34% down in the last six months, we feel AJX is one to watch in the long term.

Galiileo is exploring for nickel in the Fraser Range Nickel Belt where it has over two kilometres of untested strike length just 50 kilometres along strike from Legend Mining’s (ASX:LEG) recent discovery.

The stock has gained 36% for shareholders since we first wrote about the company on March this year.

Major shareholders include IGO (8.9%) and Mark Creasy (26%) — there have been no discoveries in the Fraser Range that haven’t involved Creasy.

We have been long term holders in this Alaskan North Slope oil exploration company.

88E and XCD Energy (ASX:XCD) have agreed to an off-market takeover — XCD will become a wholly owned subsidiary of 88E.

GTi Resources (ASX:GTR) is the latest in a long line of companies we have covered that has real potential to move from undervalued small cap to so much more.

Just today, the company is up 33.3% and it looks like this momentum could continue.

Like, all the above-mentioned companies, we’ll be keeping a close eye on GTR’s performance and will continue to provide you with updates when the company has news to report.

As stated, we are in for the long term and hope that you can come on this journey with us. 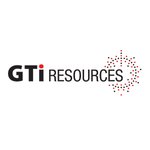 GTR are Ready to Drill for Uranium in the Coming Weeks

Uranium is Back - and GTR is Finally Coming Good