How to Read Oil & Gas Resources

So you’ve invested in an oil & gas explorer, the company has done all of the pre-drilling targeting works and has put out a maiden resource figure.

Great, now what does that mean?

Oil and gas deposits can be classified as resources or reserves. The difference being how confident the company is that the deposit is valuable and extractable.

In summary, reserves are better than resources... and here is why.

Resources are valuable, with reasonable prospects for eventual economic extraction. Resources can be classified as either contingent or prospective.

Reserves are valuable, and legally, economically and technically feasible to extract. For oil and gas companies, reserves can be proven, probable or possible. 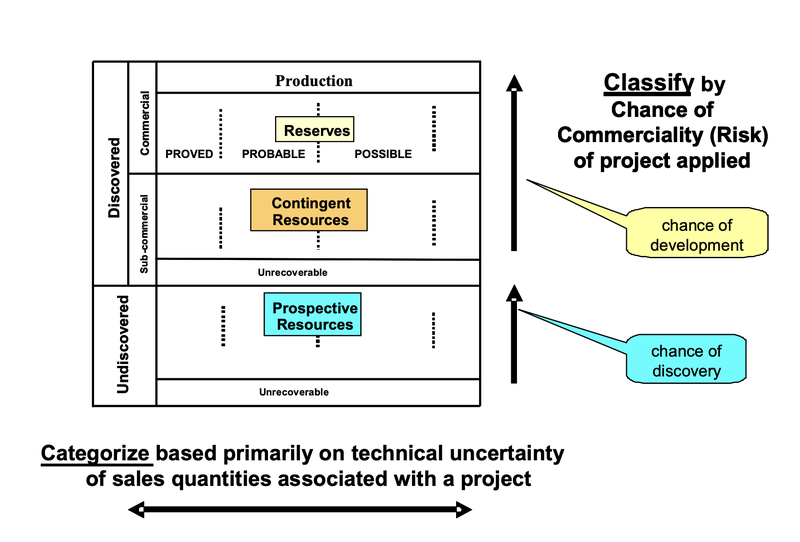 What is a prospective resource?

Oil and gas explorers will generally set the scene for the target they are drilling by putting together a ‘prospective resource’ - think of this as a high level estimate of how much oil and/or gas a company thinks it has under its exploration ground.

This prospective number is generally put together after a company goes through a process of completing geophysical surveys, more commonly referred to as “seismic acquisition programs”.

After mapping out the structures beneath the ground looking for specific features of an oil and gas deposit, companies will estimate the size of a potential discovery and bundle all of this information up into a prospective resource figure.

Here is an example of what these prospective resource figures look like for prospective helium resource for our investment, Grand Gulf Energy (ASX:GGE):

The “P” is a reference to the confidence interval:

These are references to how confident the consultants who put together the prospective resource are in their numbers.

As for the “U”, this is just a way of saying “unrisked”, which is a reference to the prospective resource not being tested yet.

What is a contingent resource?

A contingent resource sits right in the middle between a prospective resource and a reserve.

A contingent resource is announced when a company has discovered recoverable oil or gas but needs to classify these as contingent because they are not able to be pulled out of the ground economically.

In essence the “contingent” name comes from the company being reliant on other developments before that oil and/or gas can be extracted economically.

Some examples include the following:

Below is an example of a contingent resource being announced:

This is again a reference to the confidence intervals, in this scenario they can be interpreted as follows:

What is an oil and gas reserve?

After drilling, discovering a deposit and testing that deposit for production (production and flow testing), a company will work out the size of its oil or gas reservoir and announce a maiden reserve estimate.

Reserves are just another way of quantifying the amount of oil and/or gas that a company believes can be economically recovered from a known discovery.

Reserves are often expressed as either “probable or proven” which is based around the probability of the reserves being economically extracted.

Below is an example of a reserve announcement:

The reserves are split into three different categories, 1P, 2P and 3P.

In this scenario they can be interpreted as follows:

Here is a chart that we have put together to help you understand: 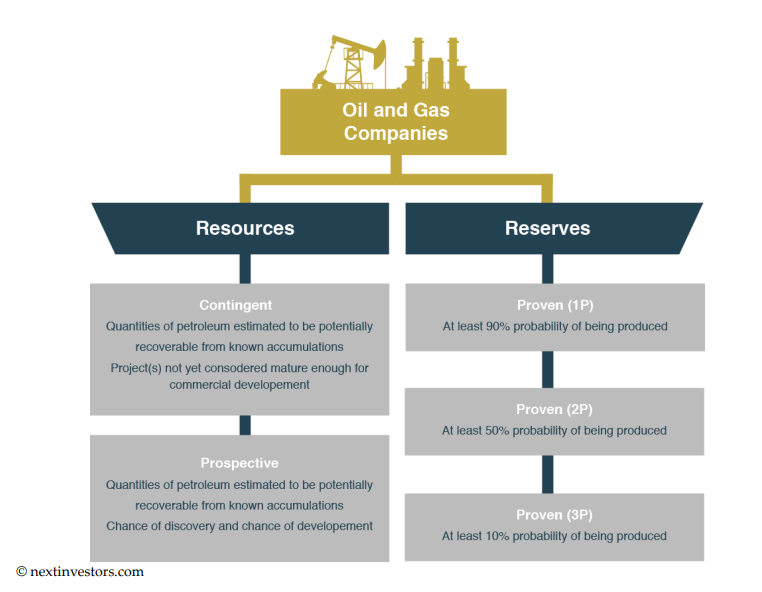 What is an ASX-listed shell?