This week we rolled out ASX: VN8 and ASX: EXR - we aim to have the rest of the portfolio done in the coming weeks.

Relevant Mainstream Media: We read a lot about what’s happening with the world and how that affects our portfolio companies. At the end of this email we have shared this week’s global news relating to WHK, VUL, EMN, PRL, GTR, 88E and CPH.

After a small breather this week the gold price continues its uptrend over the last few months towards USD $2,000/oz. A strong gold price will bring attention to our gold exploration investments in TMR, TTM and LCL.

Zimbabwe Gas explorer IVZ tweeted that they have commenced seismic operations but didn't announce this via the ASX... Given there are clearly wheels on the ground we are surprised this didn’t warrant a material ASX announcement: 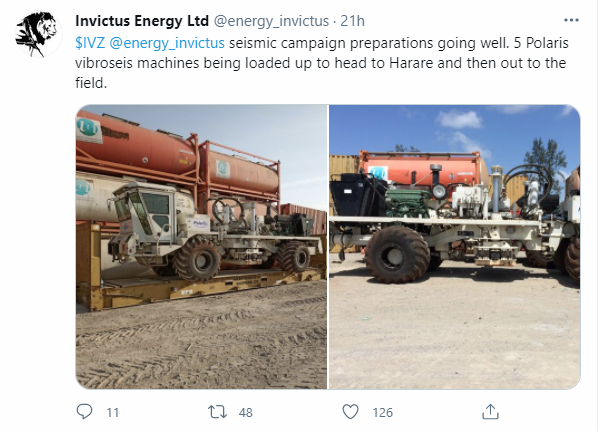 A few weeks ago eco-conscious cooling chemicals company AJX released a change in substantial holding notice showing that private equity firm Colinton Capital has been buying more AJX on market and increased their holding from 7.14% of the company to 8.28%.

Colinton made a substantial investment into AJX a year ago and their model is to work closely with management and get hands-on to grow companies, so they must like AJX’s progress if they are buying more on market - we are eagerly waiting to see what AJX announces next.

This week there were also rumours of a Volkswagen Battery Factory proposed to be built just 3 hours drive away from EMN’s manganese project in the Czech Republic. A few months ago Volkswagen held “Power Day” to announce their shift to electric vehicles and said that Manganese will be a key component in their batteries as they switch to Electric vehicles. More on this below.

Health tech body imaging company AHI released yet another MoU to distribute their tech to a huge audience via a partner app - we know that the number of MoU’s AHI releases can be confusing so we are putting together a deep dive into the business value AHI expects to derive from each MoU and the likely time frame using our new expected investment milestones that will make AHI's progress easier for us all to follow - update article coming soon.

Medicinal cannabis and psychedelics aspirant CPH released an announcement this week about favourable legislation in California that could legalise the use of psychedelics for health. CPH popped from 14c and touched a high of 19.2c on the back of the news.

So when is our Next Investment?

Probably a few weeks away still - We are looking closely at a few companies in tech, biotech and battery metals. So far we have only added two new investments this year in ONE and most recently BPM.

When we invest, we look for great management with integrity, top class projects vetted by our trusted industry experts and once we invest we make sure that the story gets out far and wide to as many new investors as possible who we keep informed along the company's journey.

Quality management + quality project + investor awareness is our formula for the best chance at long term investment success. Last month we said no to 15 investment opportunities that we felt were not the right fit for us.

Always keep in mind that early stage ASX investing is risky - While we CAN control which management teams we choose to invest in, the projects we select and our ability to distribute a companies story to investors - what we CAN’T control are things like drilling results, project delays, execution failures, geographical and sovereign risk - any of which can make a share price crash no matter how good we think the projects and management are.

While we feel our investments are set up for success, always remember that a lot of unexpected things can go wrong in early stage investing and only invest what you can afford to lose.

A quick test is that if you are losing sleep over any one investment position, it’s probably too big - Here is our eBook on how we invest in small cap stocks that outlines a few other things to be wary of when investing in small caps stocks.

We seek to invest for 1,000% gains over the long term - our style of investing is a marathon, not a sprint and it can take years for a company to deliver enough milestones to achieve these kinds of returns, if at all.

In our other portfolios:

Our later stage portfolio Wise-Owl also covered EXR this week, having sat on the stock for a year after initiating coverage at 3.6c. With $36M in the bank and several discoveries EXR is now derisked enough for regular coverage on the Wise-Owl portfolio which focuses on later stage, derisked investments.

If true this would be big news for Next Investors portfolio company Euro Manganese (ASX:EMN) who is developing a Manganese project in the Czech republic, just a 3 hour drive from the proposed site of Volkswagen’s battery factory (EMN is also mentioned in the Wise-Owl note) 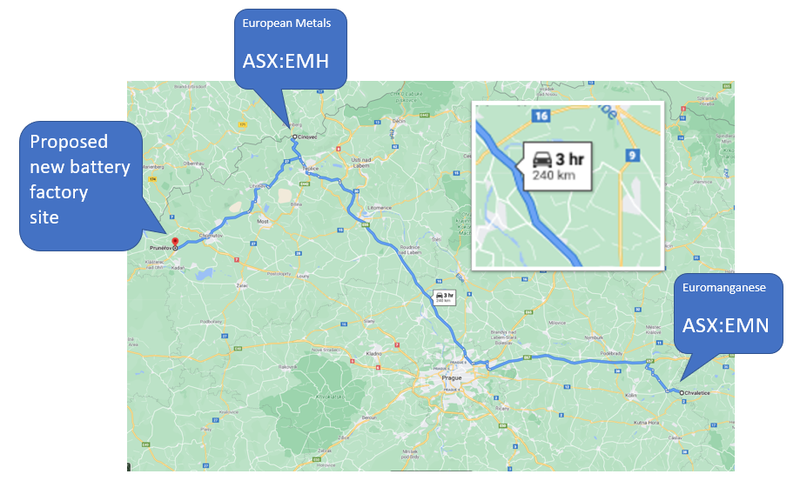 Our early stage, higher risk portfolio Catalyst Hunter did an analysis of one of it’s biggest investments in Latin Resources (ASX:LRS) after it released a highly favourable JORC resource that compares well to Andromeda... Catalyst Hunter also had a quick look at Mandrake Resources (ASX:MAN), which confirmed it will begin drilling on 14 June 2021 just 30km from Chalice Mining’s $3 billion dollar Julimar nickel-copper-PGE discovery.

It’s been a big week for MAN and Next Investors portfolio company PUR as they both approach drilling while their share prices bask in the glory of Chalice’s unstoppable share price run.

When investing in small cap explorers, remember to make an investment plan and stick to it.

Here’s what happened on this week on Next Investors

Vonex (ASX:VN8) updated the market this week with its acquisition strategy which is coming along just nicely.

The telco services provider announced the successful integration of its last acquisition (Nextel), hitting 45,000 PBX users and growth of SME customers and whitelabel offerings. It also announced that its 2SG wholesale 5G launch is imminent: VN8 has been selected by Optus as a key 5G partner and that new acquisitions are imminent.

Our new investment, early stage explorer BPM Minerals (ASX:BPM) announced completion of a site visit off the back of key drill results from neighbour Rumble Resources.

EXR now has ~$36M in the bank (raised at 36c) and will be drilling DOZENS of exploration and appraisal wells over the next 12 months, with two drill teams now on the ground.

What happened this week on mainstream media

Thanks Chris for sending this one in to [email protected], if you have any relevant articles, please send them our way.

Uranium in the US (ASX:GTR)

Reuters: Bill Gates' next generation nuclear reactor to be built in Wyoming

Medicinal Psychedelics in the US (ASX:CPH)

Have a great weekend,
Next Investors.